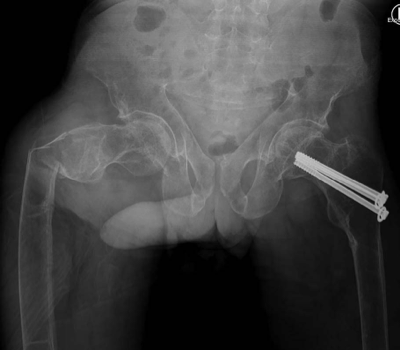 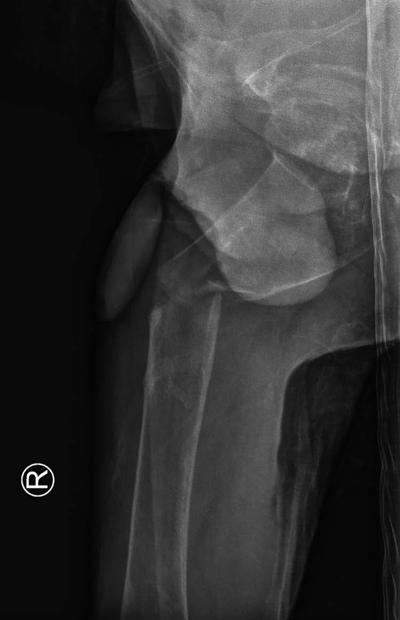 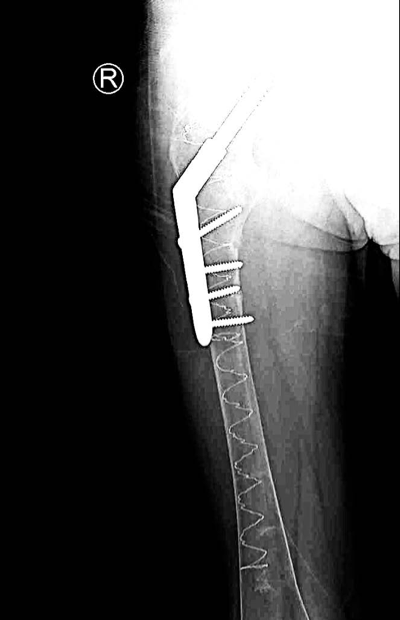 A 24-year-old male with an idiopathic renal Fanconi syndrome presented to the ER after a low-energetic fall. Conventional imaging revealed a right subtrochanteric femoral fracture, severely decreased bone quality and cannulated collum femoris screws on the contralateral side. Regular plate-screw osteosynthesis or cephalomedullary implantation was deemed insufficient, due to a high iatrogenic and periprosthetic fracture probability. The decision was made to perform a plate screw osteosynthesis combined with an intramedullary polymer bone enhancement (IlluminOss), to minimize this risk. No complications occurred perioperatively. The patient was able to walk independently two months postoperatively.